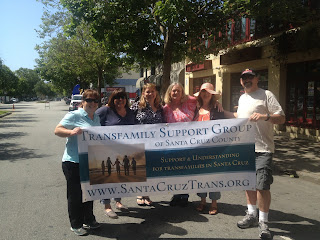 First let me start off with saying I have never been to a Pride parade.

I have always been a little bit afraid of them. I was taught by the church that they are bad and perverse. So I just never went. It was the fear of the unknown. Sadly, I've come to learn it’s that very same fear that prevents people from understanding and accepting transgender children.

This year our group was asked to participate in the parade.

I was told that our group had an amazing message and we needed for others to see that we were a resource in our community just in case there were other families in need of support. I agreed that our group should walk in the parade but because of the sensitivity of our transgender children, I wasn't sure how many, if any, of our families would walk with us.  Most of our kids just want to identify as their affirmed gender and not be known as "different". 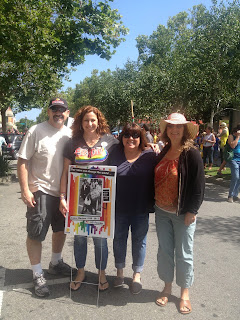 Before I committed, I asked my son if he was okay with his parents walking. After some thought he said he thought it was a good idea because he said there might be someone out there who might need this group. We ended up with three other families showing up, which was amazing.

We had a blast.

We felt accepted and loved from everyone along the route. As we walked, we were thanked and people cheered. I realized that what we were doing was so simple: we were showing the LGBT community that we cared and loved and accepted our children for who they are. I think so many individuals in the LGBT community have had a personal experience where they felt degraded and shamed and seeing parents who are there to support their kids no matter what was truly appreciated. I know after all we have been through, I feel very connected to what these folks have experienced.

After the parade, I sat at the PFLAG table and spoke with people who asked about our group. I showed unconditional love and I was shown unconditional love. I met some amazing people and I have never given and received so many hugs in my life. I thought back about the fear that I had lived with all those years about the Pride parade and was sadden that I had missed years of this incredibly loving event because of what I was erroneously taught.


I could not have been prouder to represent the Transfamily Support Group and the LGBT community. 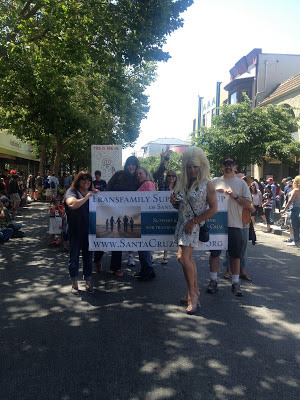 Posted by Heidi Koronkowski at 10:32 AM